I haven’t had good WiFi reception for the last few days so I made some notes and then this, and the subsequent day’s logs were typed after I got home.

The previous day’s rain and the recent oppressive humidity had gone. It was also slightly cooler and walking conditions were ideal.

The way ahead lay up Stinchcombe Hill. This is the best example of the vagaries of the Cotswold Way. On the map, the hill has the outline of a hand. You approach the hill from the “wrist”, the two hills on the picture representing the two bony “bumps”on the back of the wrist. 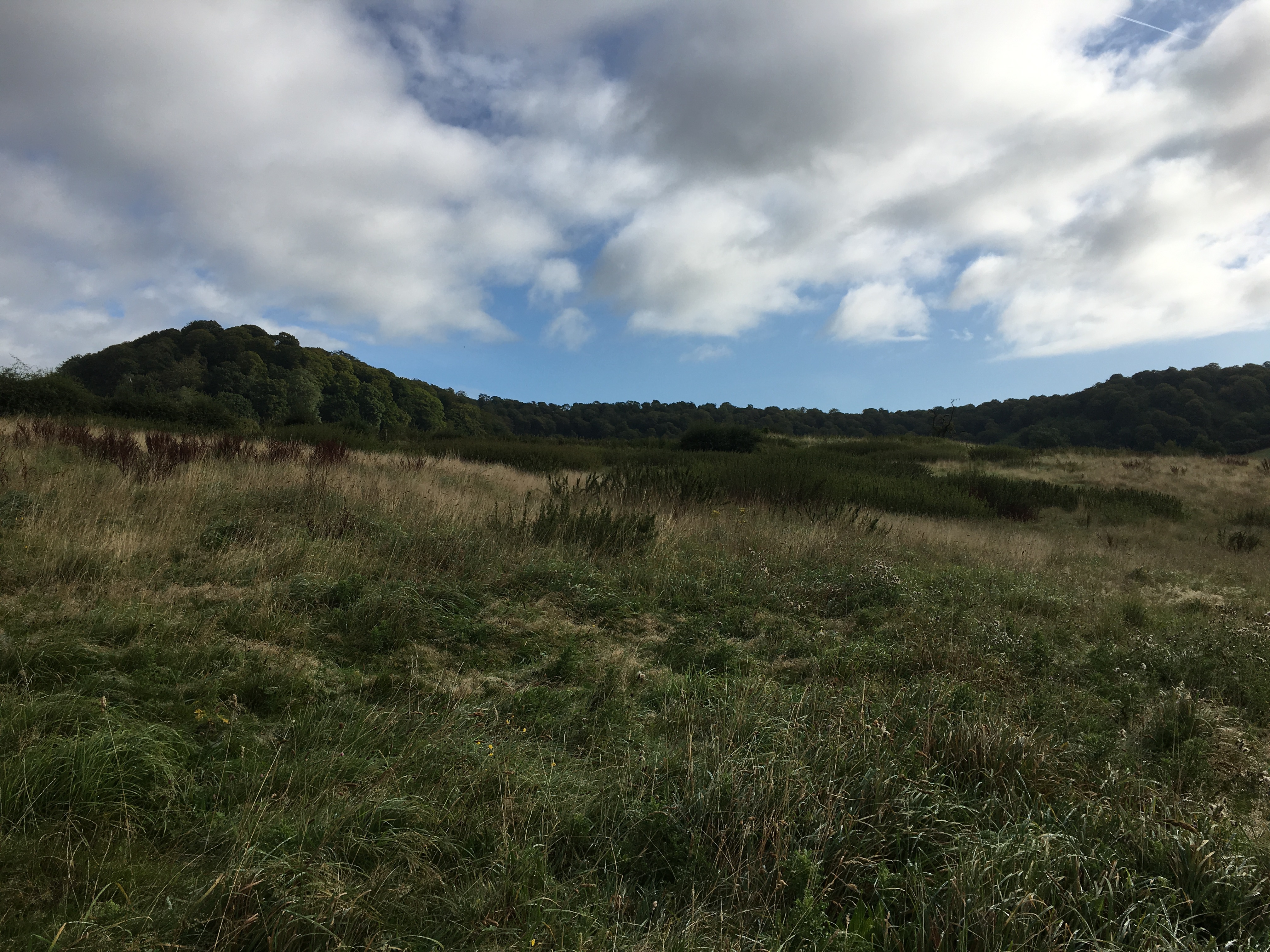 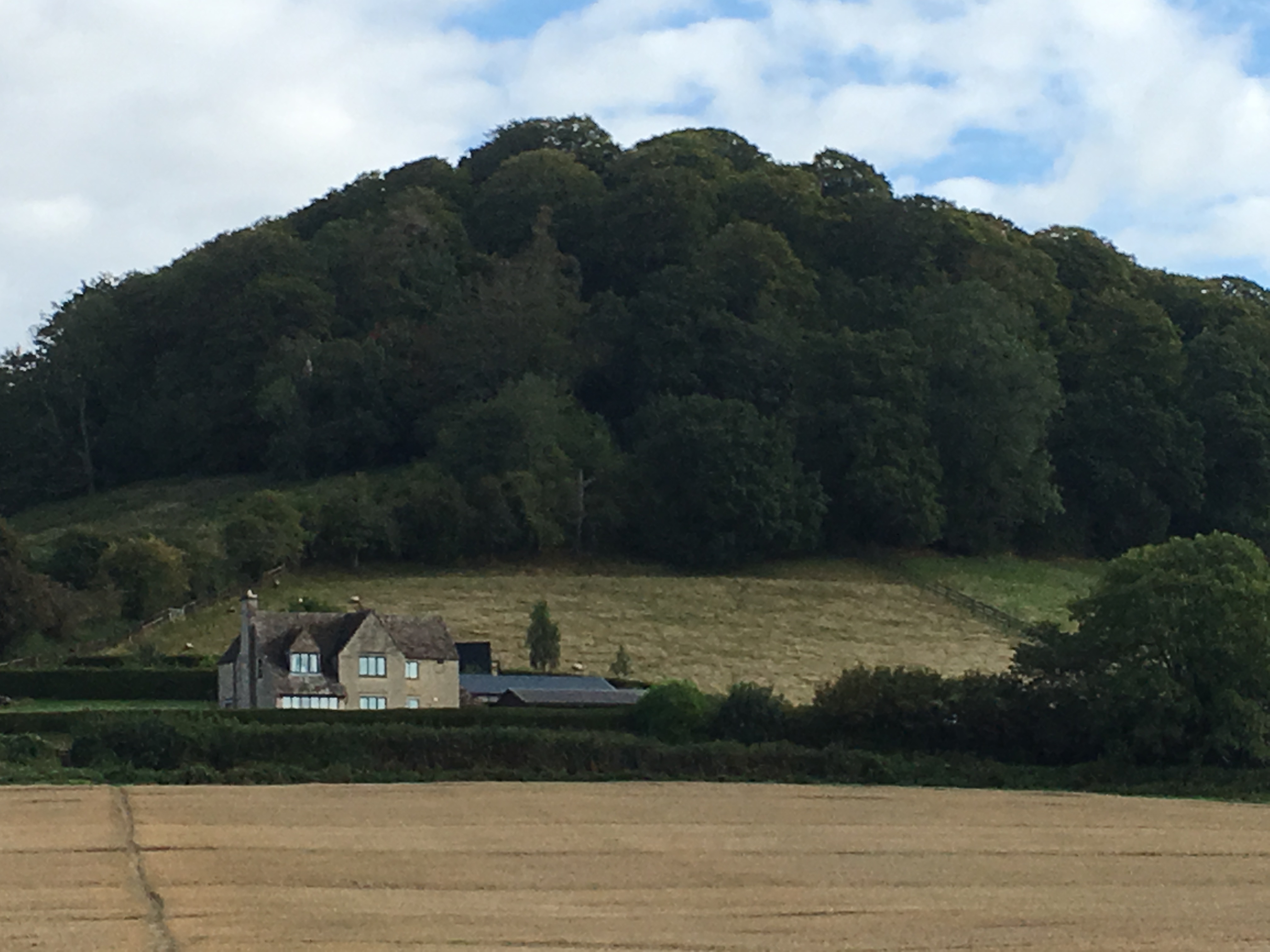 Once up on the first summit it is only about 200 yards to the path down to Dursley. However the Way turns the other way to wind round each finger in turn, about two and a half miles. With the haze of the last few days gone and good walking conditions I took the long route and I was well rewarded.

The south-westerly point on the top is the true summit. There is a viewfinder on top which says it is 180 miles to Land’s End as the crow flies. I have taken a tortuous route. I could see westwards as far as Dunkery Beacon, across the Bristol Channel to South Wales, North Westerly to the Brecon Beacons and ahead to my next target, the Malvern Hills.

The hill was donated to the public by Sir Stanley Tubbs who was a Baronet and local MP for Stroud in the mid 1920s.

I spent a lot of time admiring the views. If you walk the Cotswold Way it is well worth planning this day so you have time to do the long round. If you are not a walker you can park near the top and find somewhere to picnic, but avoid the 13th fairway; there is a golf course on top.

The path then descended steeply through woodland to the small town of Dursley. This is a pretty market town, formerly important in the wool and cloth trade. It has a nice pedestrianised area where I stopped for coffee. I met two Americans over from Colorado to walk the Cotswold Way and we saw each other periodically for the rest of the day. There is a 18 century market hall

After Dursley, the Way climbs up to Cam Long Down and then it was an afternoon of short, steep ascents and descents through farmland and woodland with great views to the west and southwest. There was a nice view of Dursley nestling in the valley

This is a typical view from the escarpment. The fields are separated by either trees or bushes.

I passed a number of prehistoric barrows and tumuli. Hetty Peglers Tump (named after an old owner of the field) lies next to Coaley Wood. There is a low entrance and you can explore inside it with a torch. A Neolithic chambered tomb has been excavated at Nympsfield and the remains of more than 20 individuals recovered. The entrance is wide and was probably used for ceremonies as well as access to the chamber. 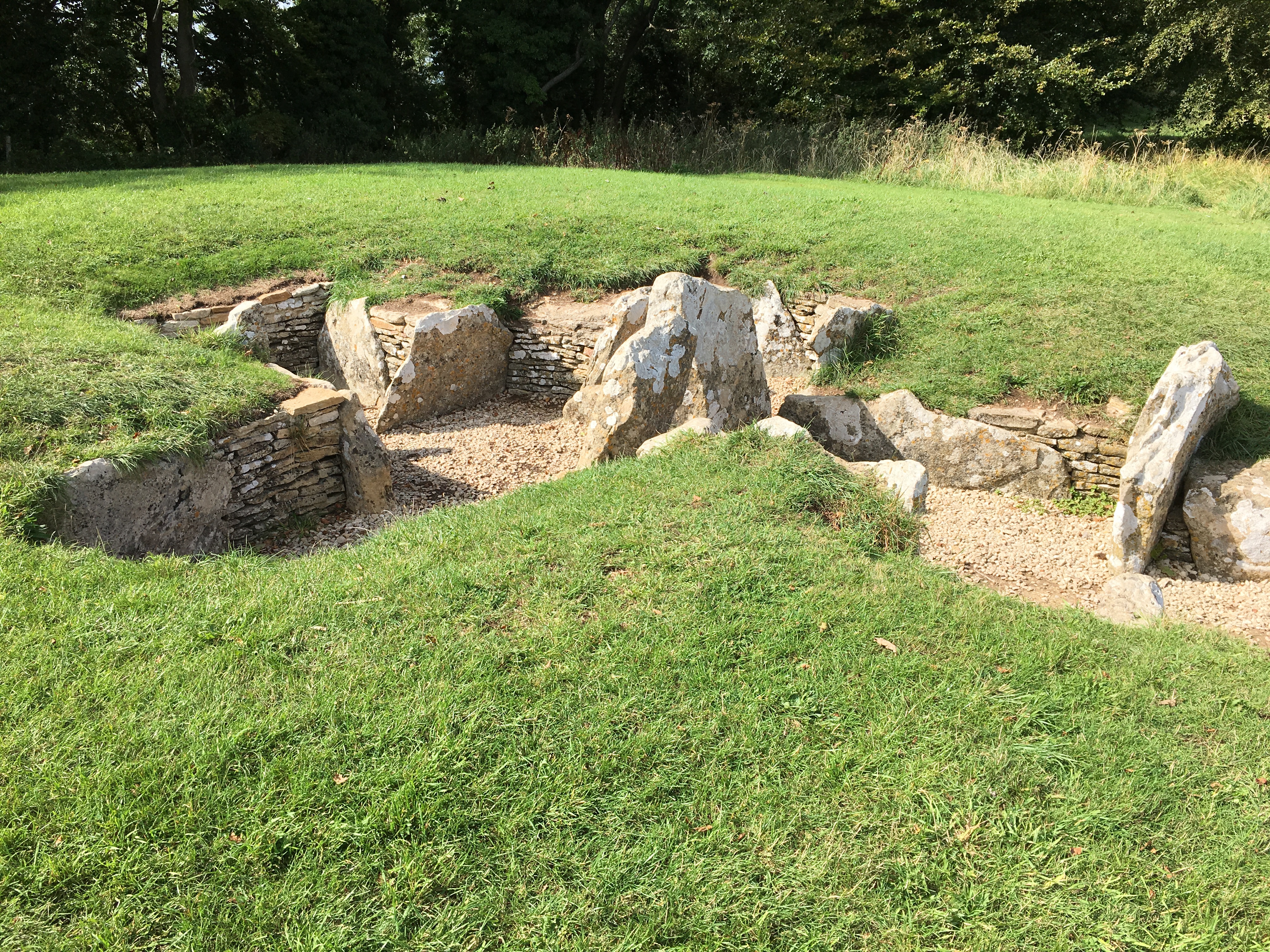 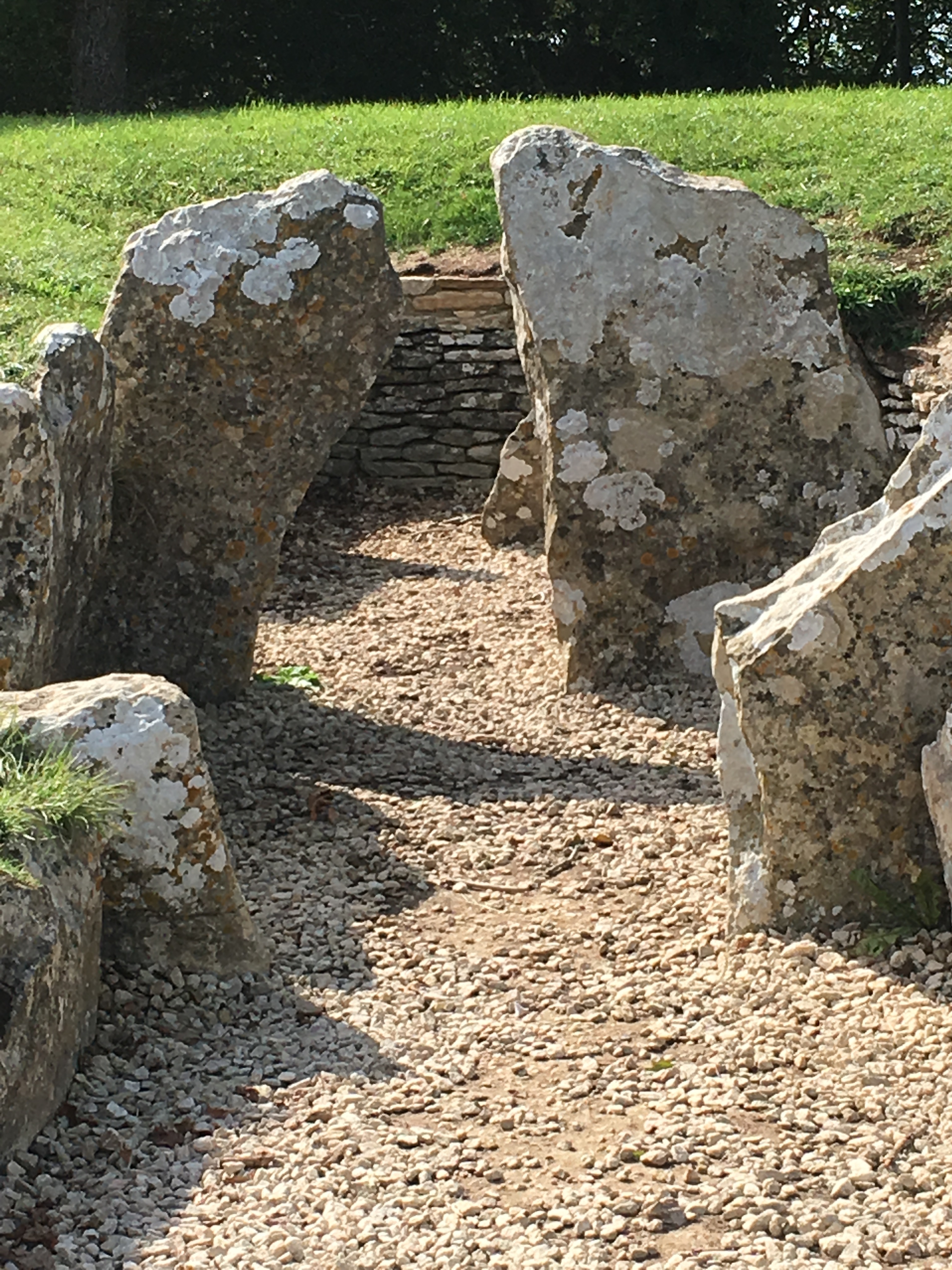 There were good views of the Frome valley from Pen Hill. I then left the Way and crossed Selsley Common to follow the restored Stroudwater Navigation to the Clothiers Arms in Stroud.

View all posts by exrayraylejog