The summer solstice. A glorious sunny day. I stayed at The Seiner’s Arms, which overlooks the beach a good view from breakfast! 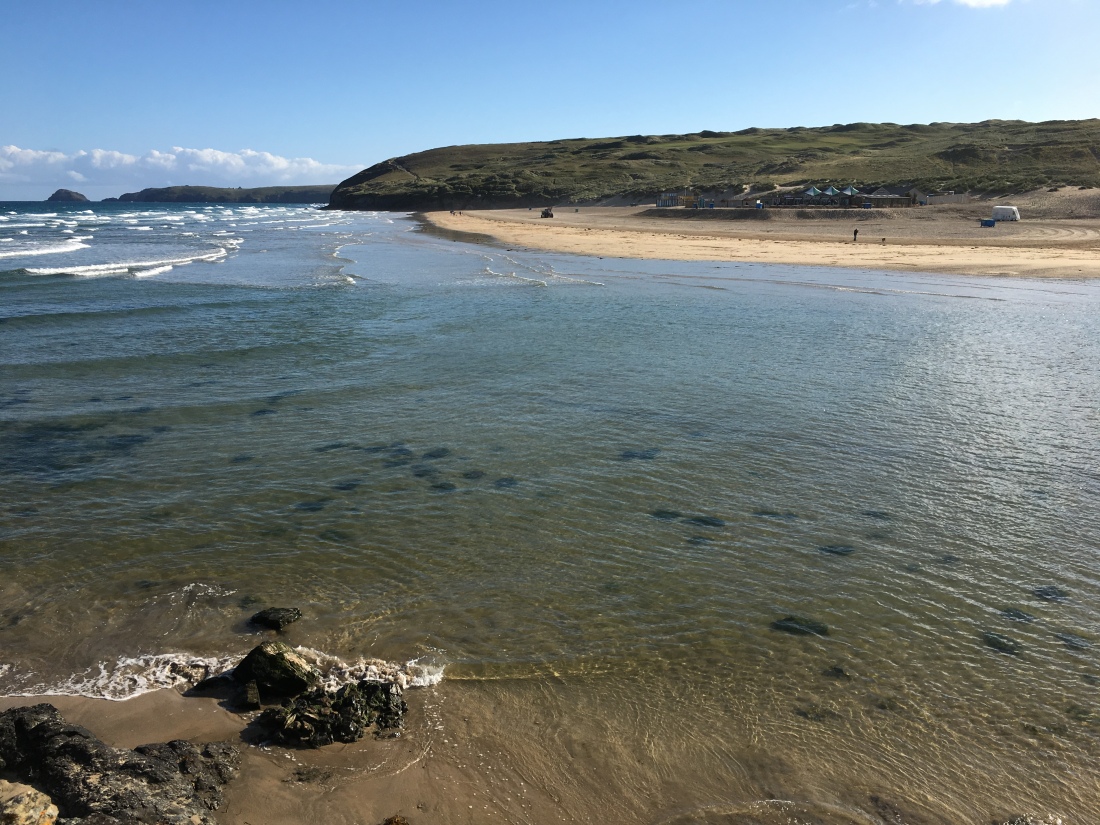 I set off along the beach.a number of jellyfish had been washed up and were providing breakfast for the sand flies. I don’t know why, I am scared of jellyfish, even though I have never been stung.

There is an aptly named Chapel rock at the entrance to the bay, although I am unaware anyone has preached from there.

I set off across the beach, accompanied by dog walkers but the tide was in too far so I had to deviate over a cliff before returning to the beach. This part of the beach was deserted apart from a man drawing a (poor) picture of a girl in the sand with a heart above it. Ah! Young love or unrequited love?

At the end of the beach the path climbs up to the cliff top. I could still see St Ives behind and lovely views ahead as far as Trevose Head, where I shall leave the coast path on Sunday morning. Walking was easy.

There was a drop into Holywell where I had coffee. The path returned to the cliff top and passed an old army base. There is a curious array on the cliff top which I assume is a transmitter as it warns of non-ionising radiation. 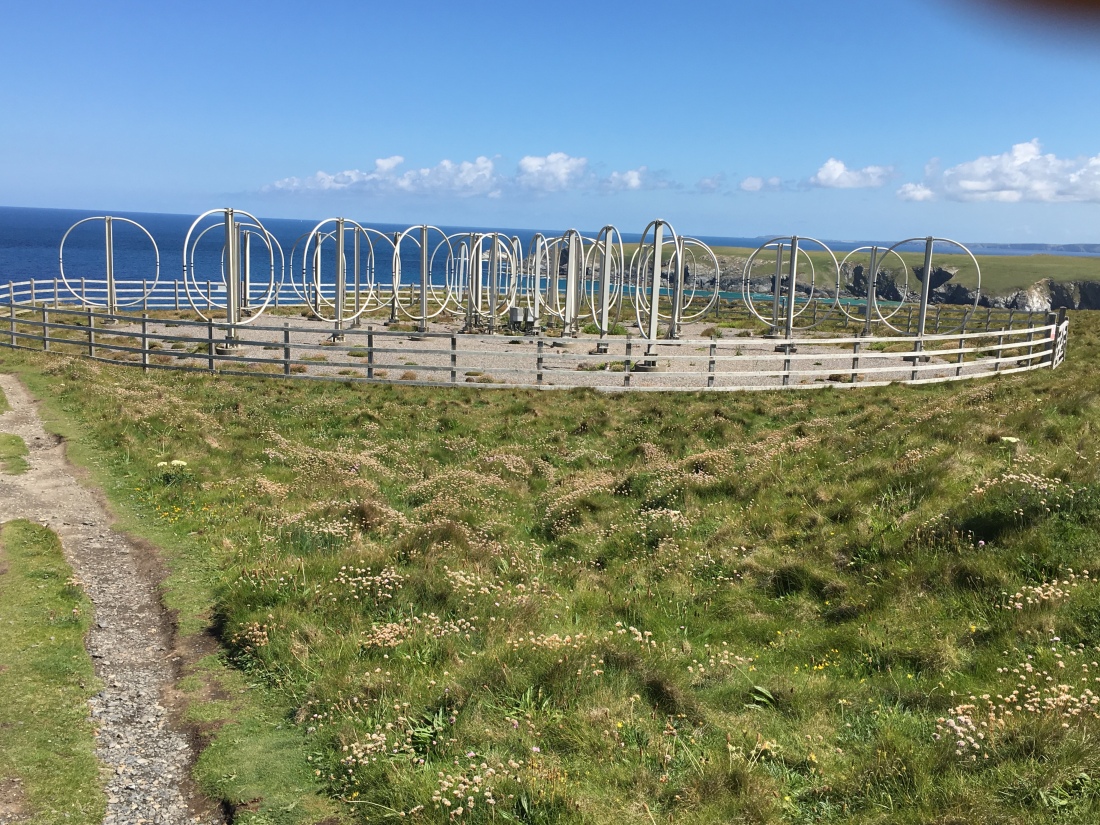 The path passes round Porth (or polly) Joke. This is a beautiful deep cove well worth a visit. The name is a corruption of the Cornish Pol-Lejouack meaning Jackdaw’s cove. 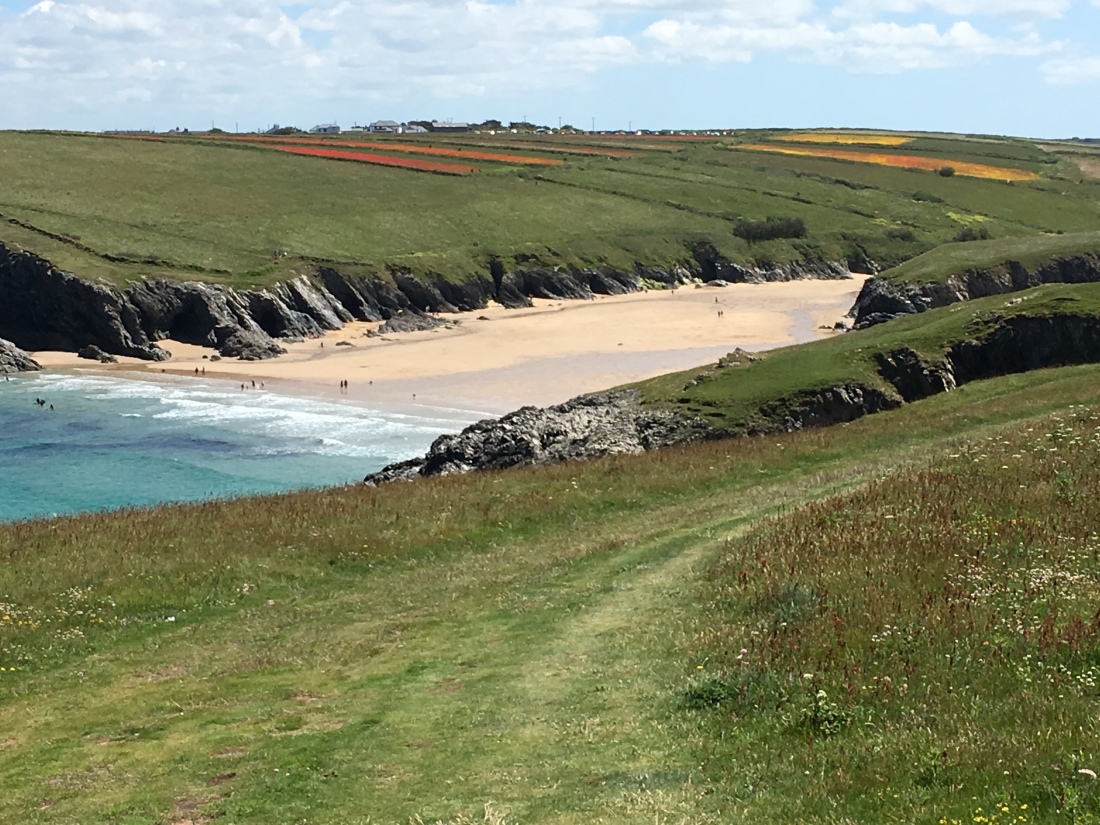 The coast path continues around Pentire Point West but I was intrigued by the colours in the fields up on the hill so I left the official path. (Remember, my rules; I am allowed to walk where I choose) . They turned out to be fields owned by the National Trust where no pesticides are used and wild flowers are allowed to flourish and self seed. The majority of flowers are poppies and corn marigolds 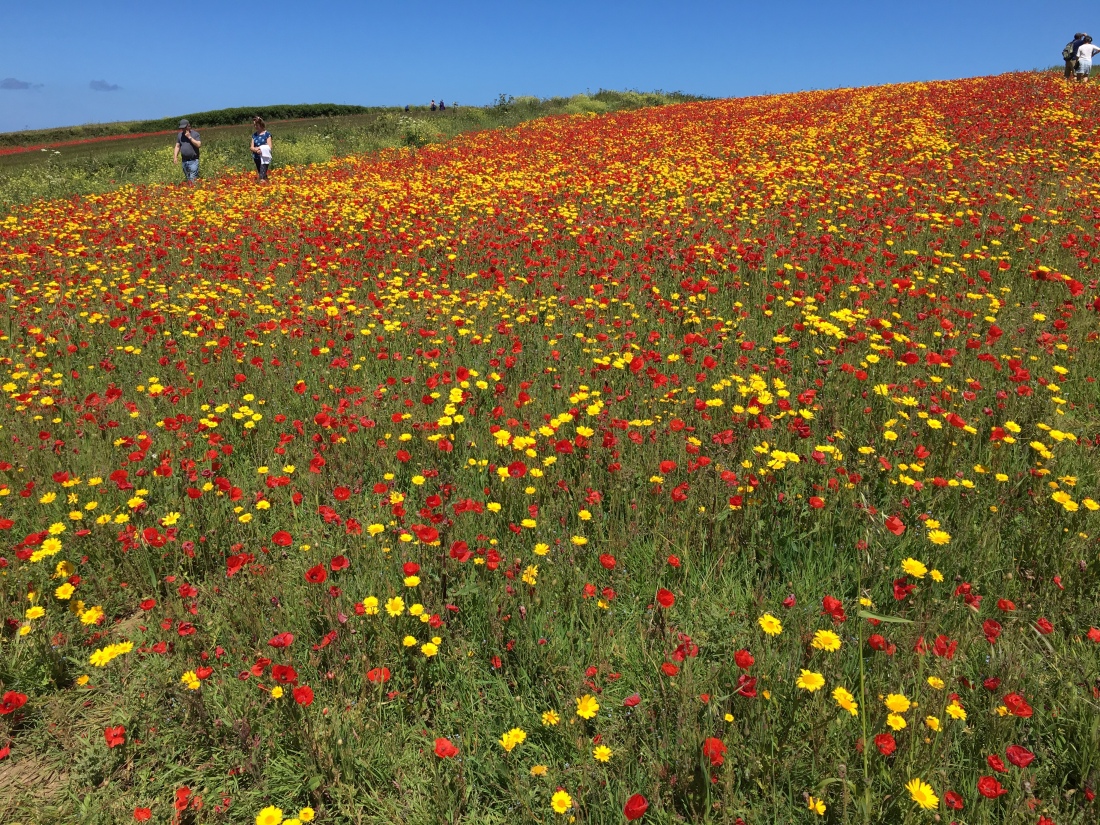 I descended to Fistral beach. It was only 2pm so it was time for beer, pizza and a sit on the beach. 2 long days ahead.