This was my last day in the south-west uplands and one I was really looking forward to. I had walked in the Quantocks on a miserable, misty February day when I was a student and had always wanted to come back in good weather.

It was raining when I woke up, drizzling by the time I left but within 10 minutes the sun had come out. I had an hours walk across farmland to the pretty village of Sampford Brett 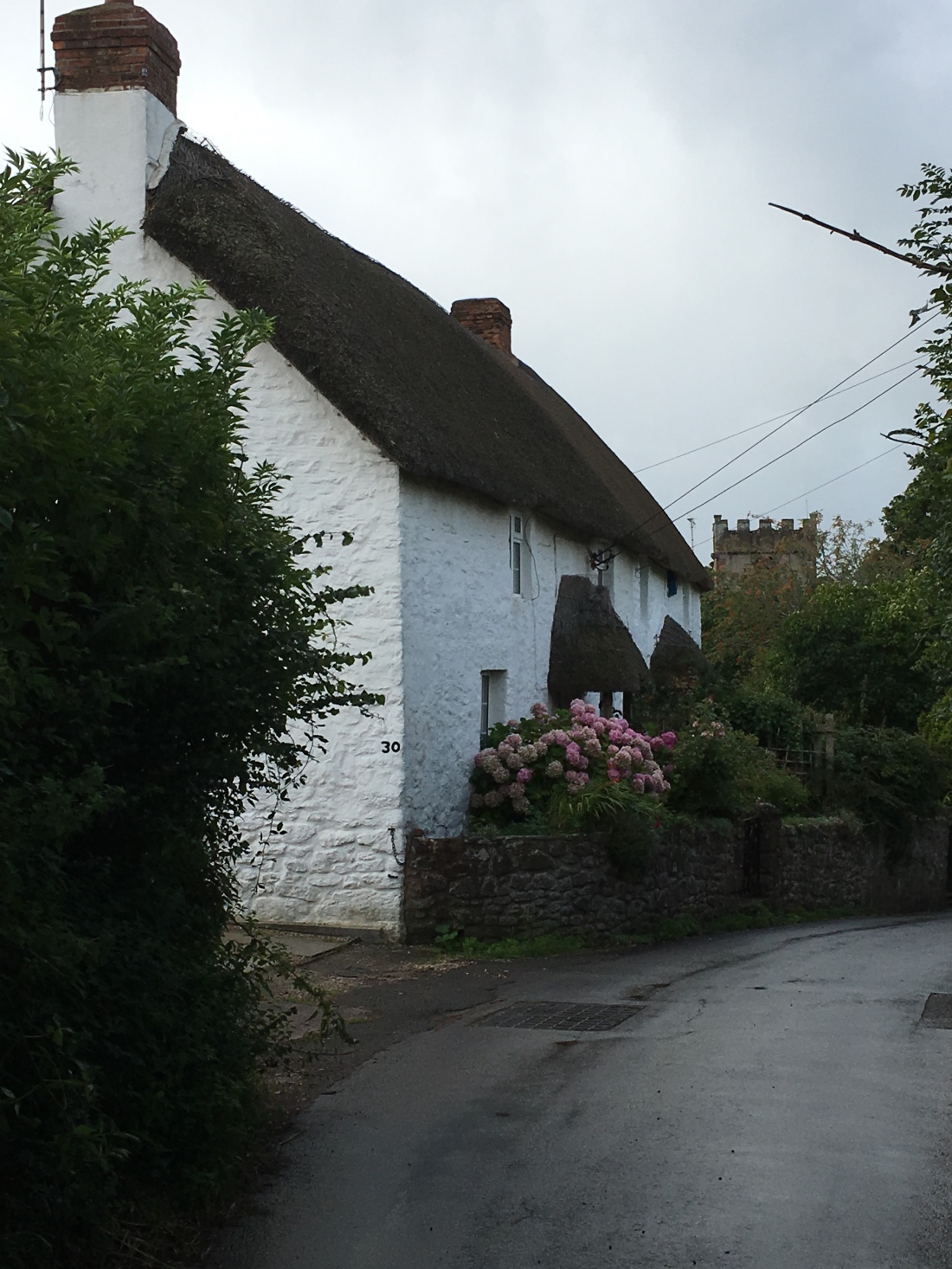 then on to Bicknoller. I reached the ridge by walking up Bicknoller Combe. As I drew near to the top of the ridge I saw some red deer higher up the hill 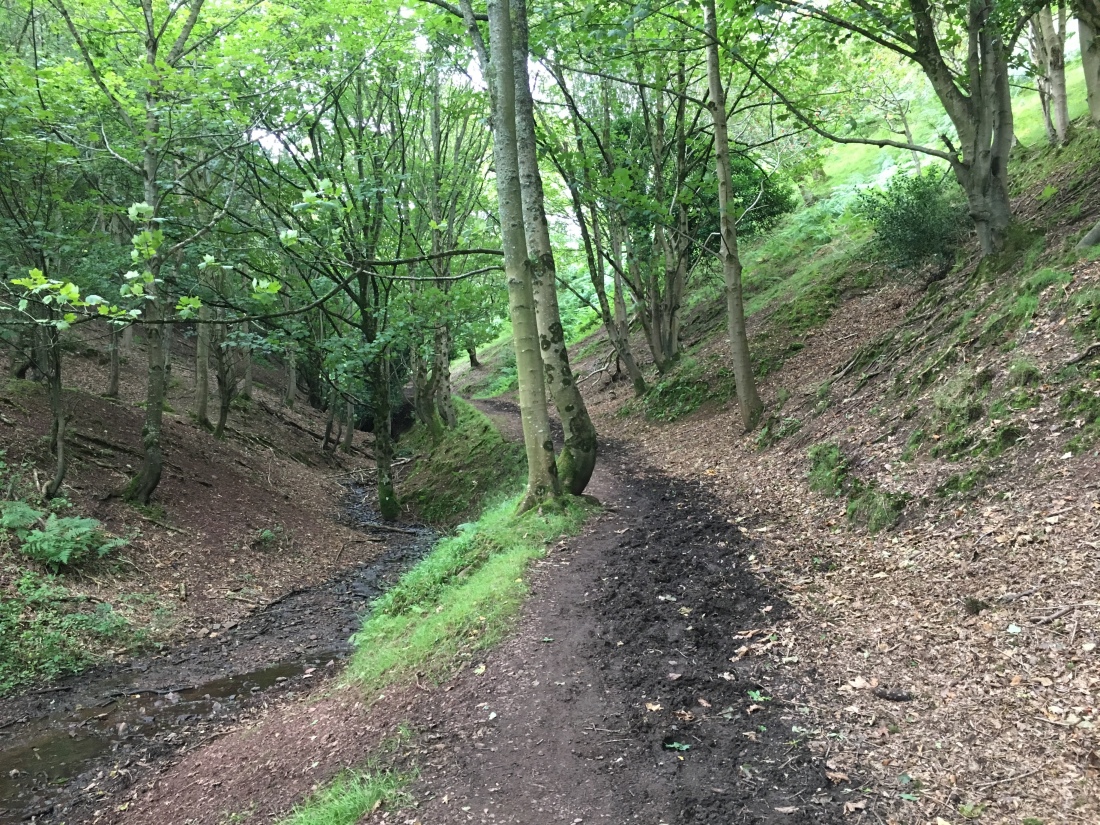 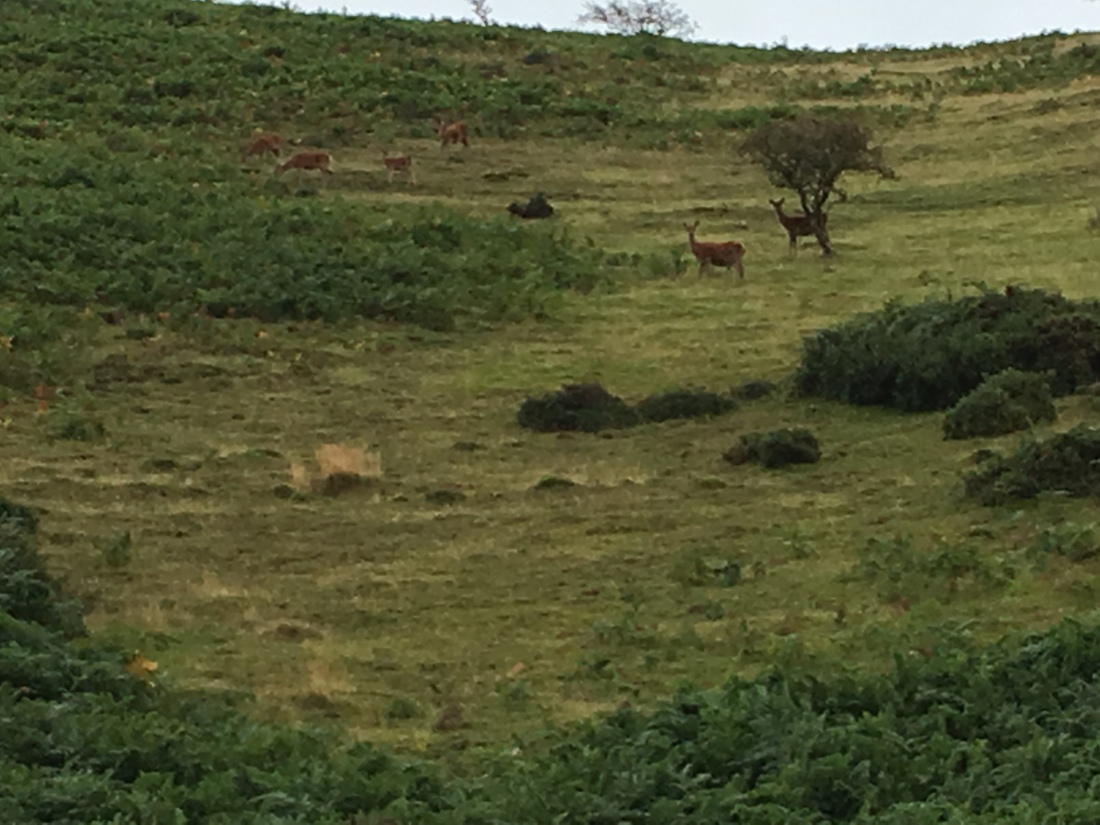 The main Quantock ridge runs in a north west to south east direction so a little out of my way. As I explained in the introduction, my plan was not to walk in a straight line from England to Scotland but to meander to walk areas of particular interest to me.

The Quantocks did not disappoint. The ridge keeps at a height of about 1000 feet throughout its length. There are steep Combes on either side but only gentle slopes are present on the ridge. There are some macabre place names on the map, e.g.Slaughterhouse Combe, Dead Woman’s Ditch. The Area was the first to be designated an Area of Outstanding Natural Beauty, in 1956, and it certainly deserves this title. Samuel Coleridge lived in the Quantocks.

There is a beautiful beech lined avenue, the Drove Road, that was a traders route for hundreds of years, particularly used in winter when the Somerset levels were flooded. 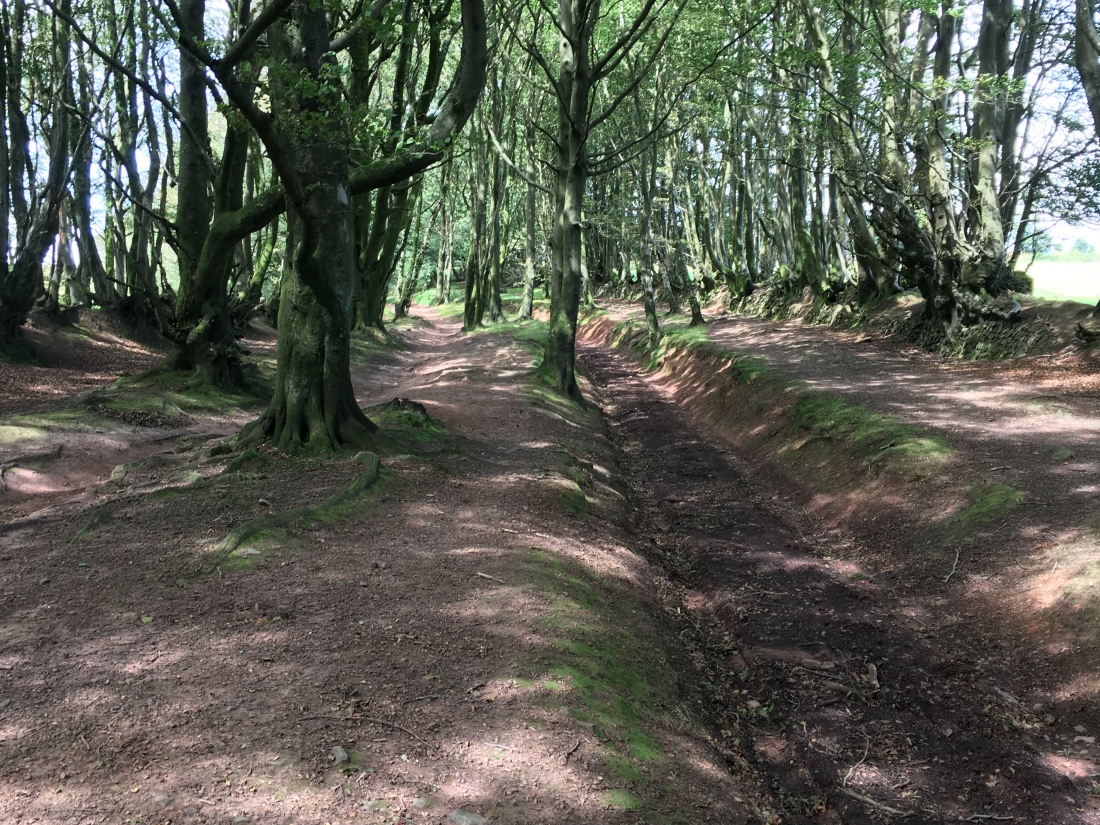 Further on is a the Triscombe Stone, dating from the Bronze Age 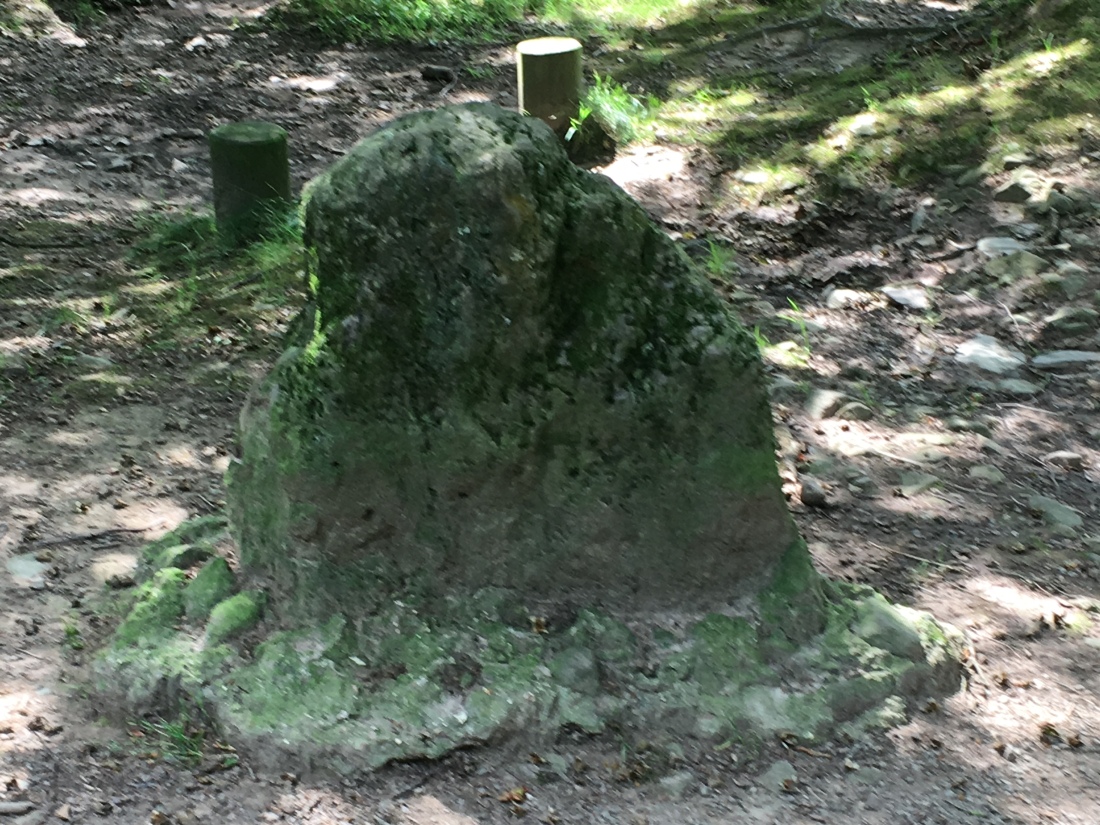 It’s not very impressive. However, legend says if you sit on the stone you will be granted a wish.

The path then climbs to the high point of the ridge, Wills Neck, probably named after a local Saxon tribe, the Wealas. The views were outstanding, Exmoor was clearly seen in the West and the Somerset levels and Mendips towards the East. Less picturesque was Hinckley power station.

There were a herd of Quantock ponies at the trig point. These are not a pure breed. They were originally Exmoor ponies but have been interbred with Arabs. Like Exmoor ponies they are owned. They run wild on the Moor but are brought down for the winter 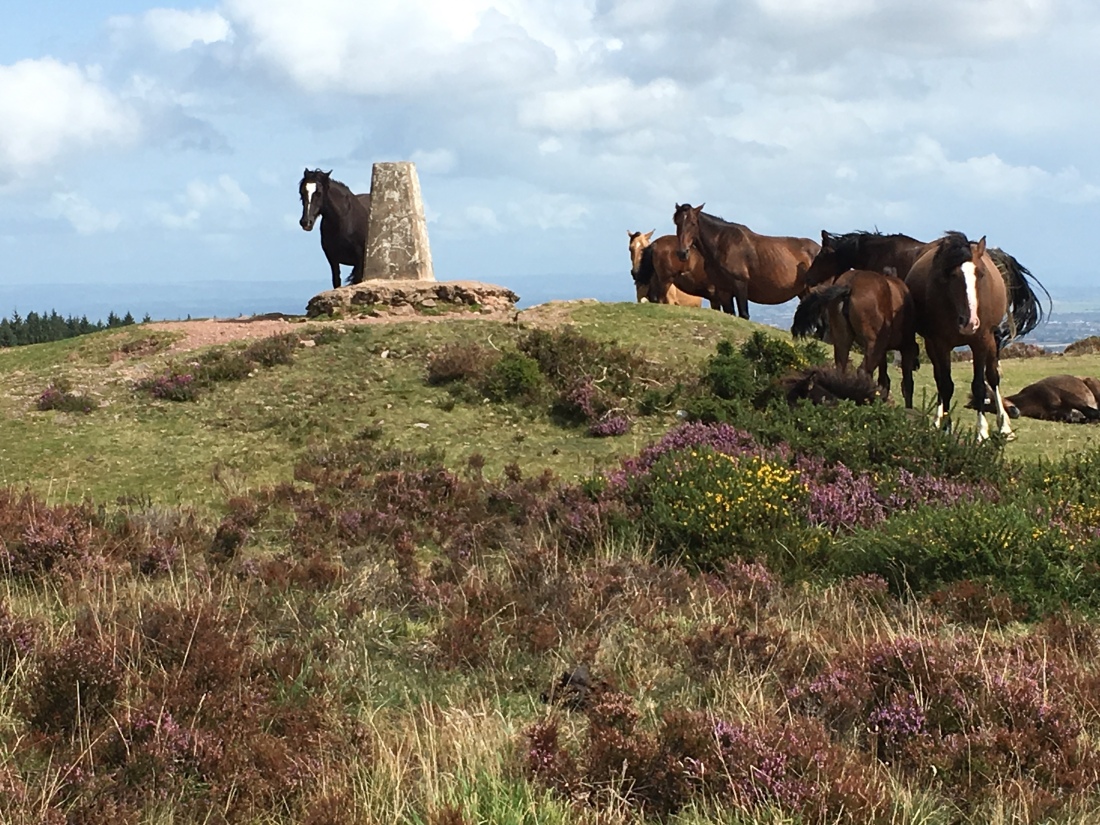 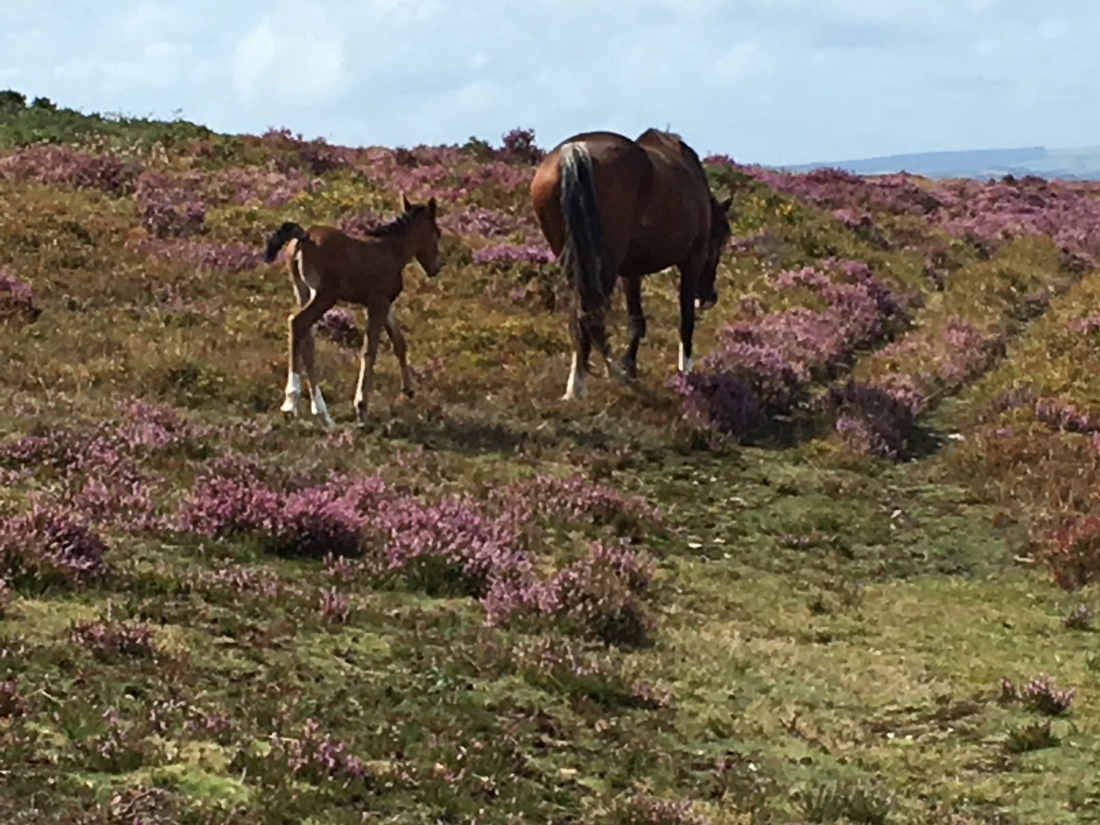 A day walker arrived at the summit at the same time as me.We spent about 15 minutes watching these beautiful animals. We did not dare go up to the trig point for fear of disturbing them.

My final point on the ridge was Cothelstone Hill which has some tumuli on the top. Again there were great views backwards and forwards along my route. 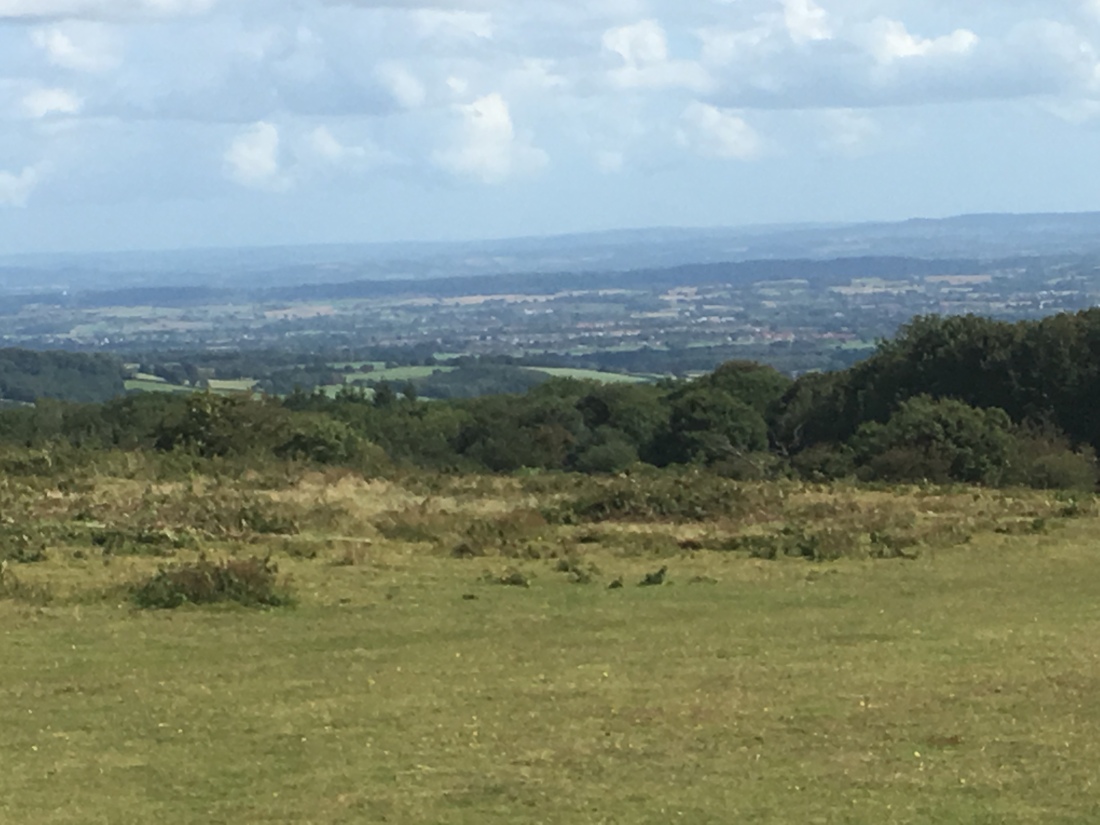 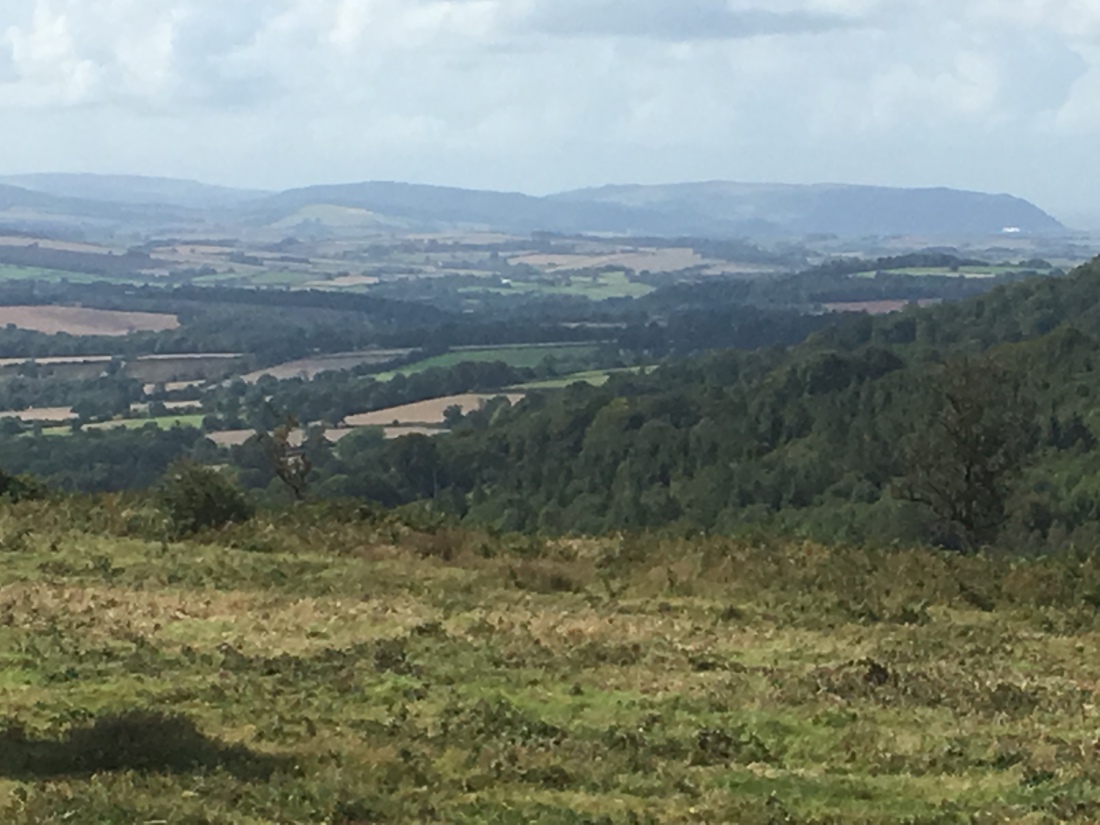 Reluctantly, I descended from the hill, passing an old pony corral that was being used as a wood store. I still had a long walk to North Petherton so it was time to stop dithering and start walking. I just made it in time to get a mug of tea at the National Trust centre at Broomfield.

I eventually arrived at the Walnut Tree Hotel to find I had been upgraded. After a long bath and a juicy steak I felt recuperated. I think this was my favourite day on the trip so far