Unlike most of the country lots of sunshine!

Firstly many thanks to Chris at Rockridge House for a great B and B. I particularly liked the communal breakfast at a huge table in a lovely kitchen/dining room. Most of the other residents were SW coast path walkers, all walking the opposite direction to me. I suspect this is because the guidebooks are written that way.

Like most of the route there were lots of ups and downs with beautiful views. When planning the walk I was worried that each day would be too similar but, in fact, it is very varied. I retraced my steps to the Minack before heading over the cliffs to a tiny fishing hamlet called Porthgwarra. 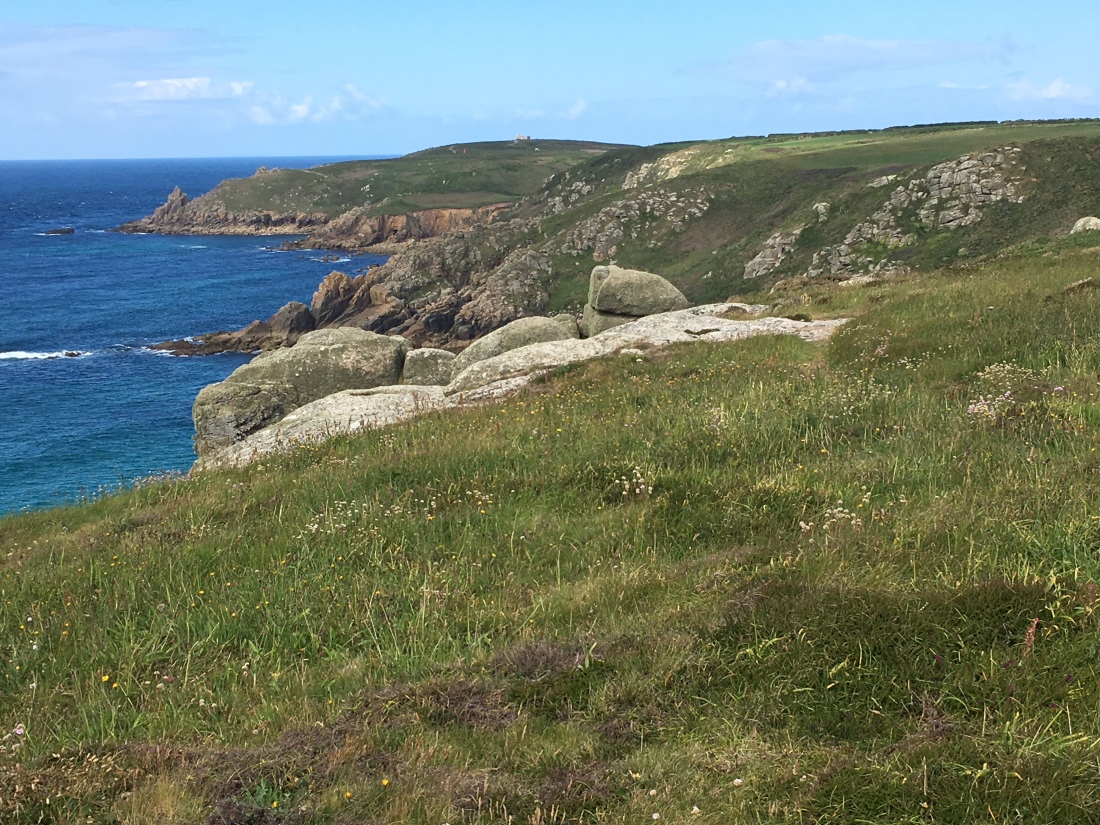 This section was easy walking over grassy slopes. I passed an ancient well

The path continues to the lookout station at Gwennap Head. There are two navigation triangles on the cliff (at least that is what I think they are, my source is Swallows and Amazons which is not a recognised nautical reference book). 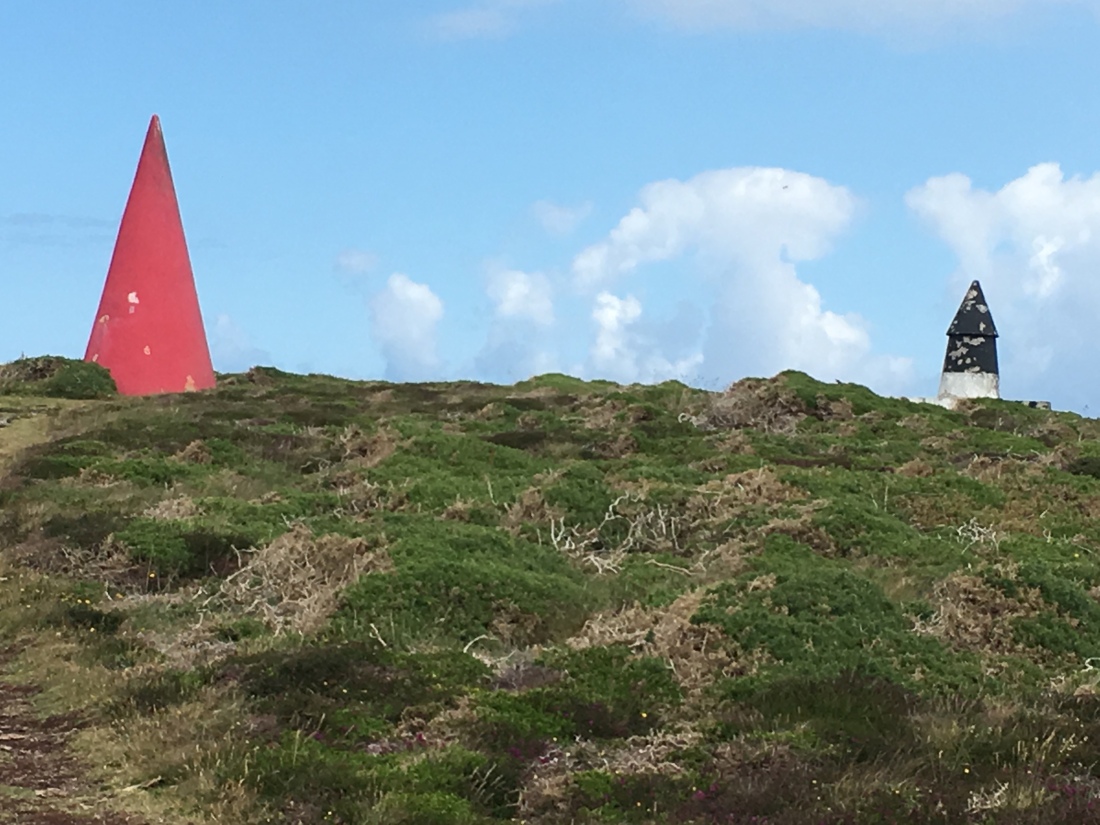 I know all the lighthouses are automated now but as you can see there is a human lookout, again these are mostly volunteers. A little further on there were some impressive caves in the cliff 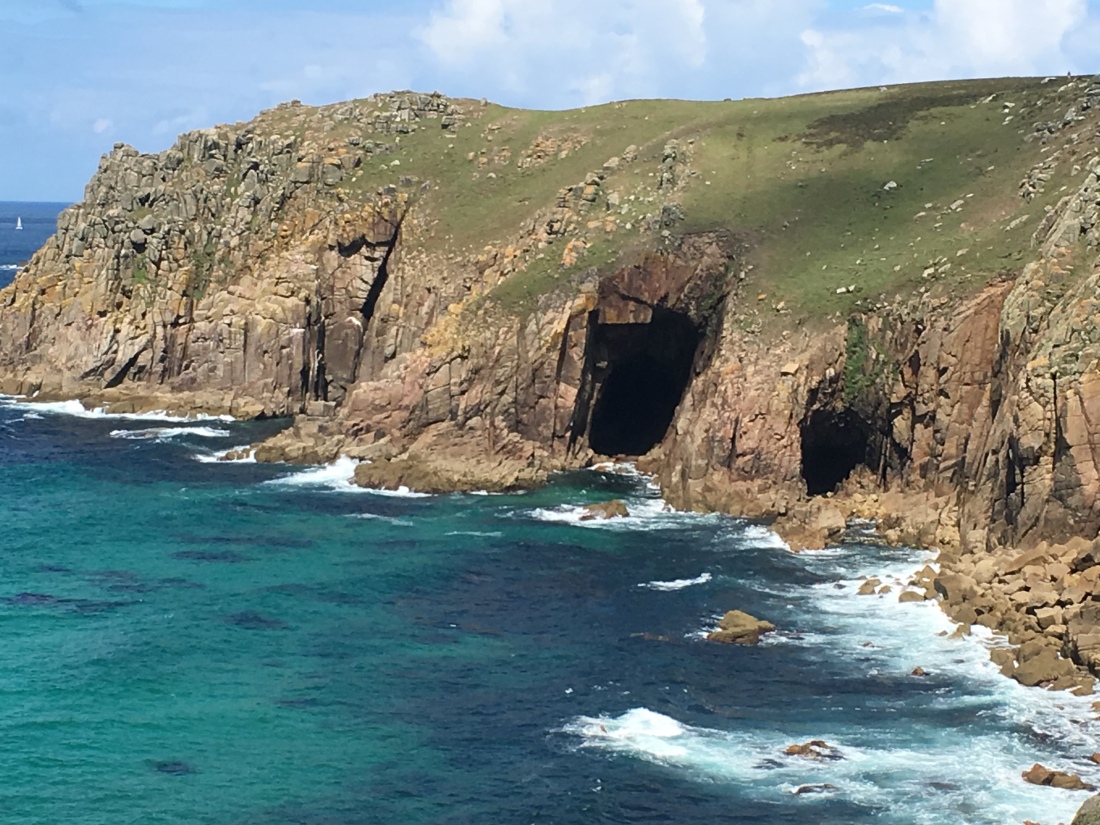 For the last 2 days there have been signs informing walkers about Shetland and Dartmoor ponies being brought in to graze to keep the undergrowth under control, the aim being to encourage the diversity of the plant life. These were the first I saw, I think they are Dartmoor ponies, they are certainly not Shetland.

I briefly thought of taking one and loading my gear on it but I didn’t think the authorities or the ponies would approve.

The walk continued to be easygoing and as I approached Land’s End the number of day walkers increased dramatically. The first sign of approaching the point is the large hotel on the horizon

and then the dramatic ‘Armed Knight’ rock

And finally the point of Land’s End itself, the most westerly part of Cornwall 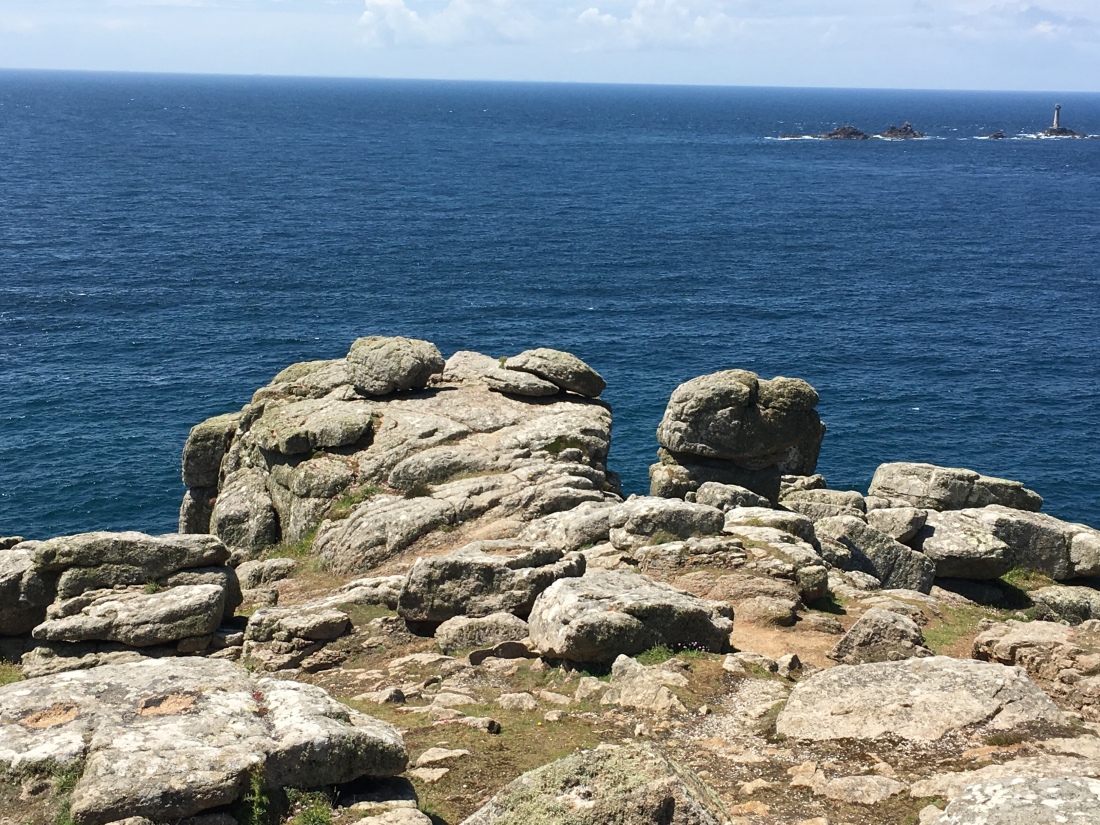 I then had to do the obvious, like a true Emmet (Cornish slang for tourist)

I hope I get thinner as the walk continues!

At last I started to head in the right direction, i.e. north east. I stopped in Sennen Cove for lunch, plenty of people on the beach on this sunny day. A group of surfers were enjoying the waves at the north end of the beach.

The path now began to get more rugged. I detoured into St Just to pick up some food for tomorrow. St Just has a pleasant centre and I was forced to try out one of the pubs. Thus fortified, I continued to Cape Cornwall where I had booked B & B in the golf club , the course looks really difficult. Walls and hedges cross some of the fairways which are either steep up or down hill or situated at an angle.

I forgot to take a picture of the Cape on my phone so will upload one when I get home. A Cape is where a sea or ocean splits, so water here passes either Southwards into the English Channel or northwards into the Celtic Sea.