This was a short day, about ten miles using my map wheel. Knowing that it was a short day I spent some time wandering around Dunster and the castle gardens. The village has a medieval “feel” to it. It was featured on Time Team and a lot of the buildings date back to the 14 Century . It was the centre of the wool trade in medieval England. 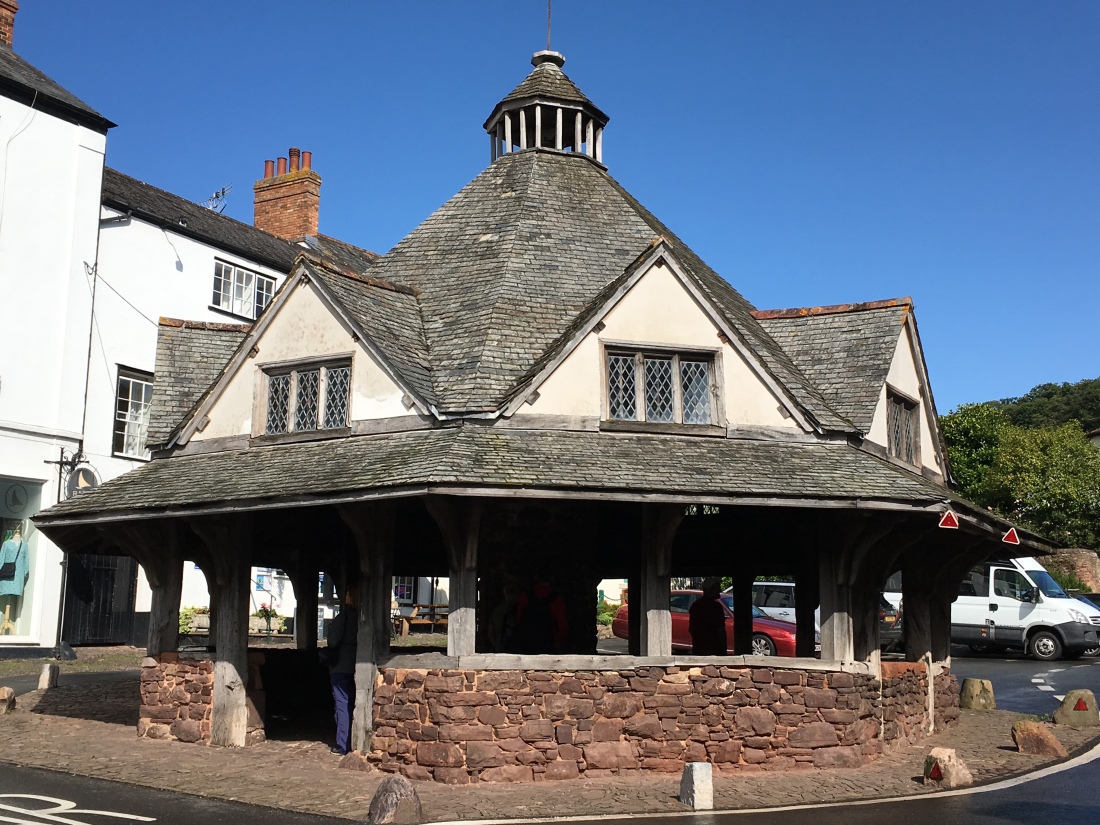 This is the yarn market, where cloth and fleeces used to be traded.

The castle was originally Norman but was extensively rebuilt by the Luttrell family as their stately home in the 18th century. I visited the old water mill, which has been restored and is now producing flour. I then walked round the castle gardens which has some interesting trees including sequoias. 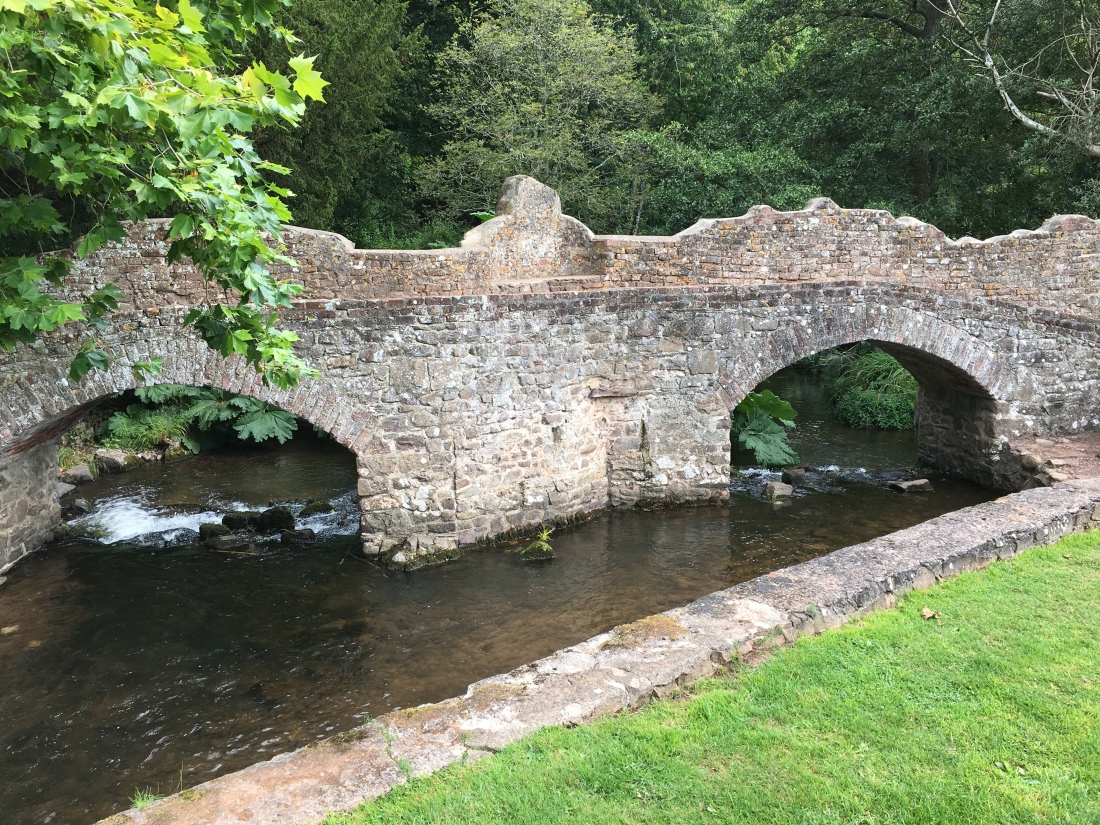 “Lovers Bridge.” You were meant to sit on the seat between the arches with your sweetheart whispering sweet nothings and admiring the view. Nowadays I expect lovers sit here texting on their phones or updating their profiles.

I didn’t set off on the Walk until after 11. I crossed the medieval Gallox bridge.The name is a corruption of gallows, which used to stand next to the bridge. 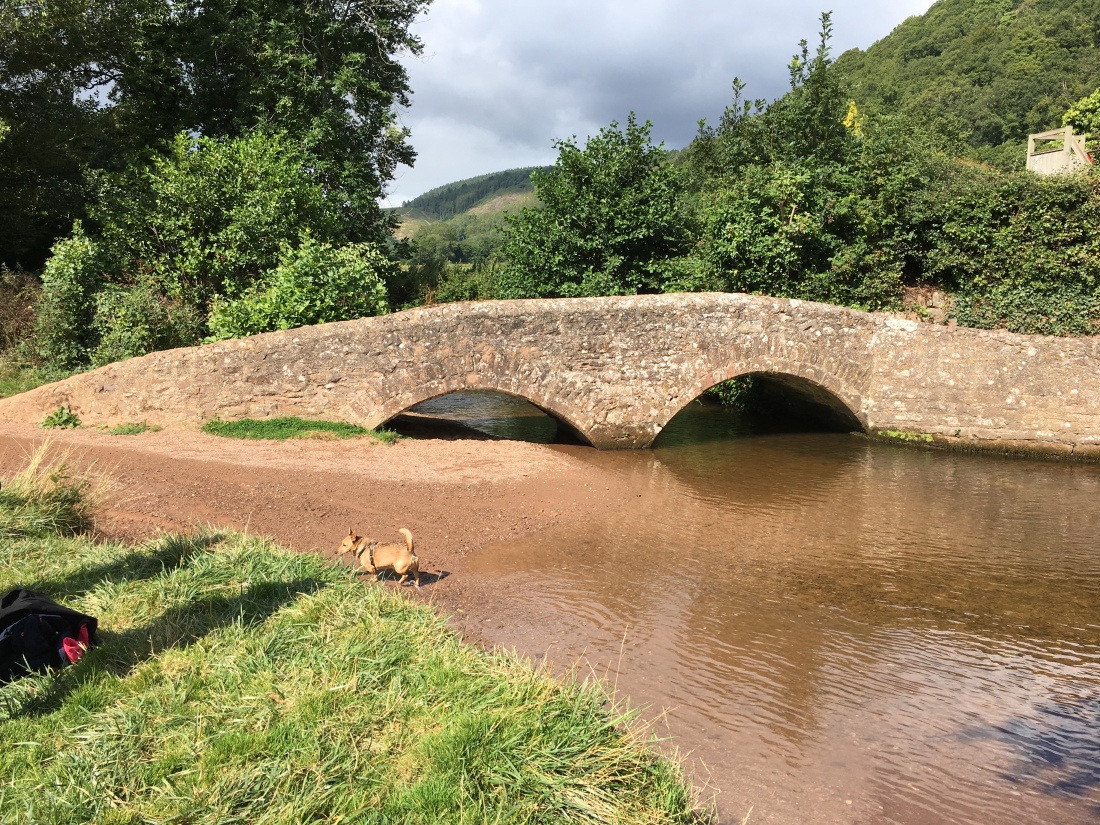 I then got mildly lost in a wood adding another mile to my day. I am obviously walking faster as I get fitter and I walked past my turning thinking I needed to go further on the track before turning off. The walk was pleasant with good views forward to the Quantock Hills and back to Dunster 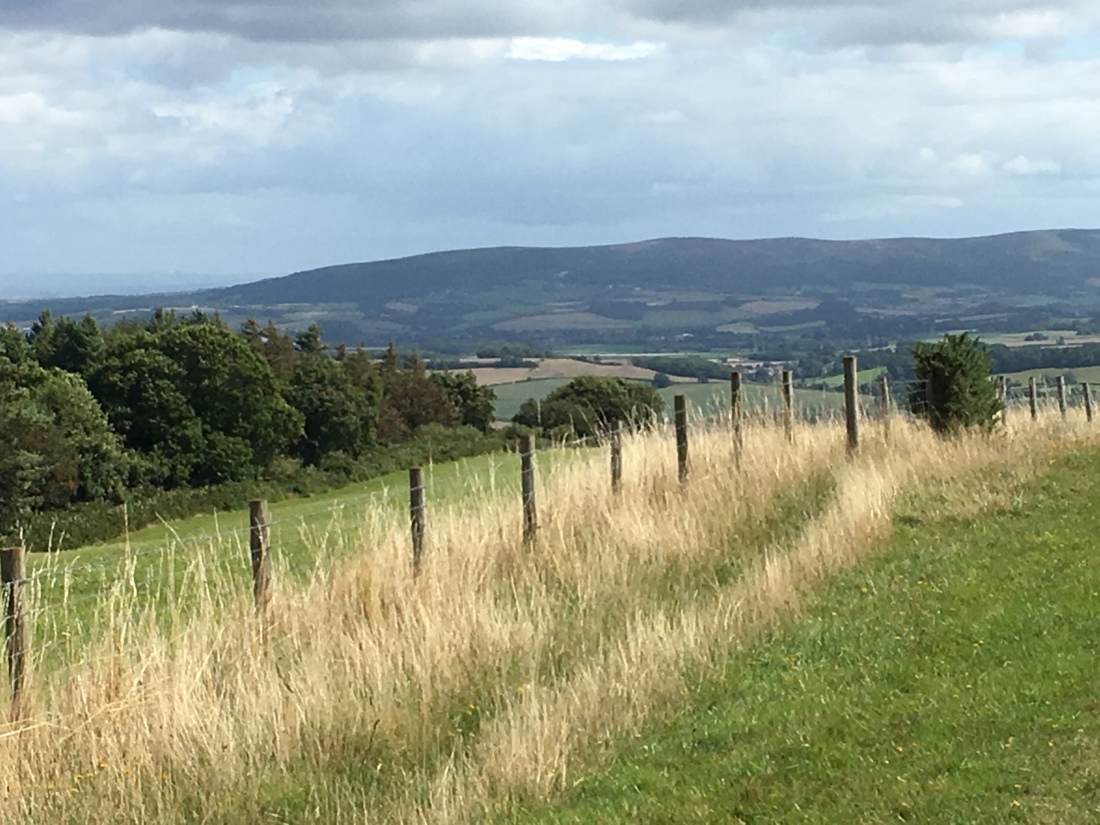 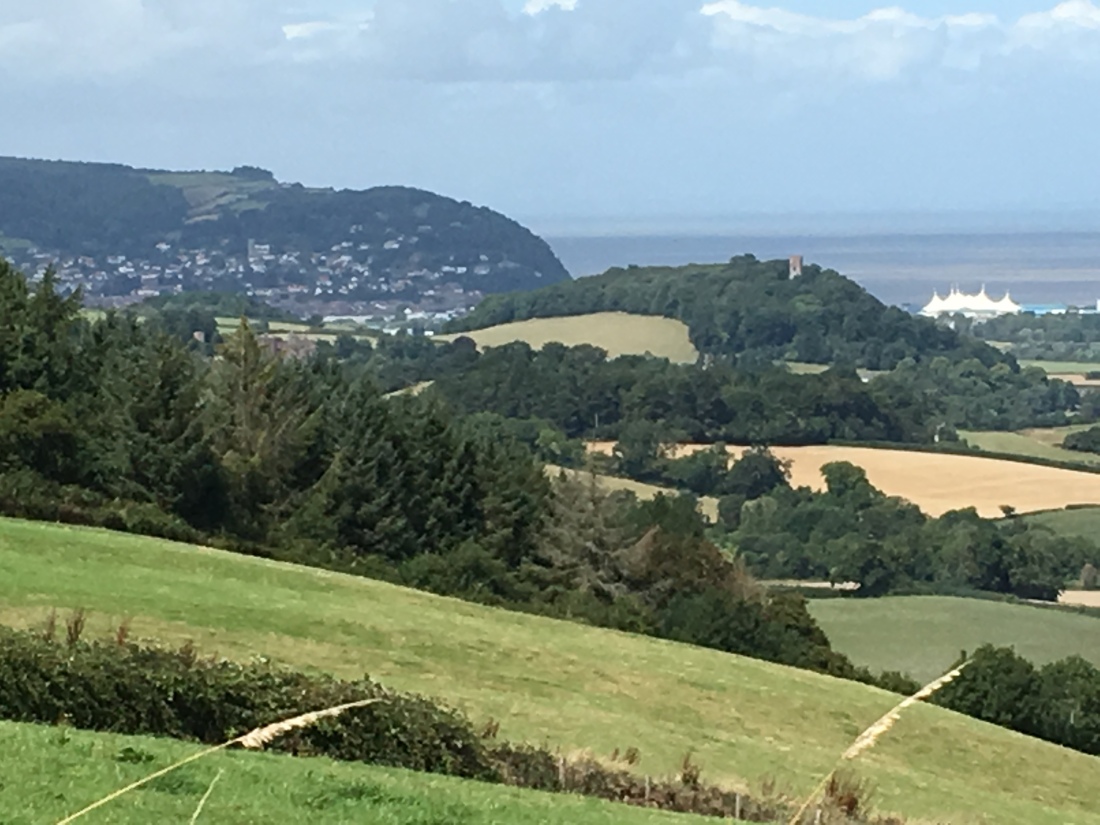 The walk continued through pretty countryside and villages. I passed through the village of Withycombe. This has an old church which dates from Norman times.i had forgotten, and so didn’t look for, that there was an old carving of a man carrying a heart case. This is said to indicate that he died elsewhere and his heart was brought back to the church for burial. 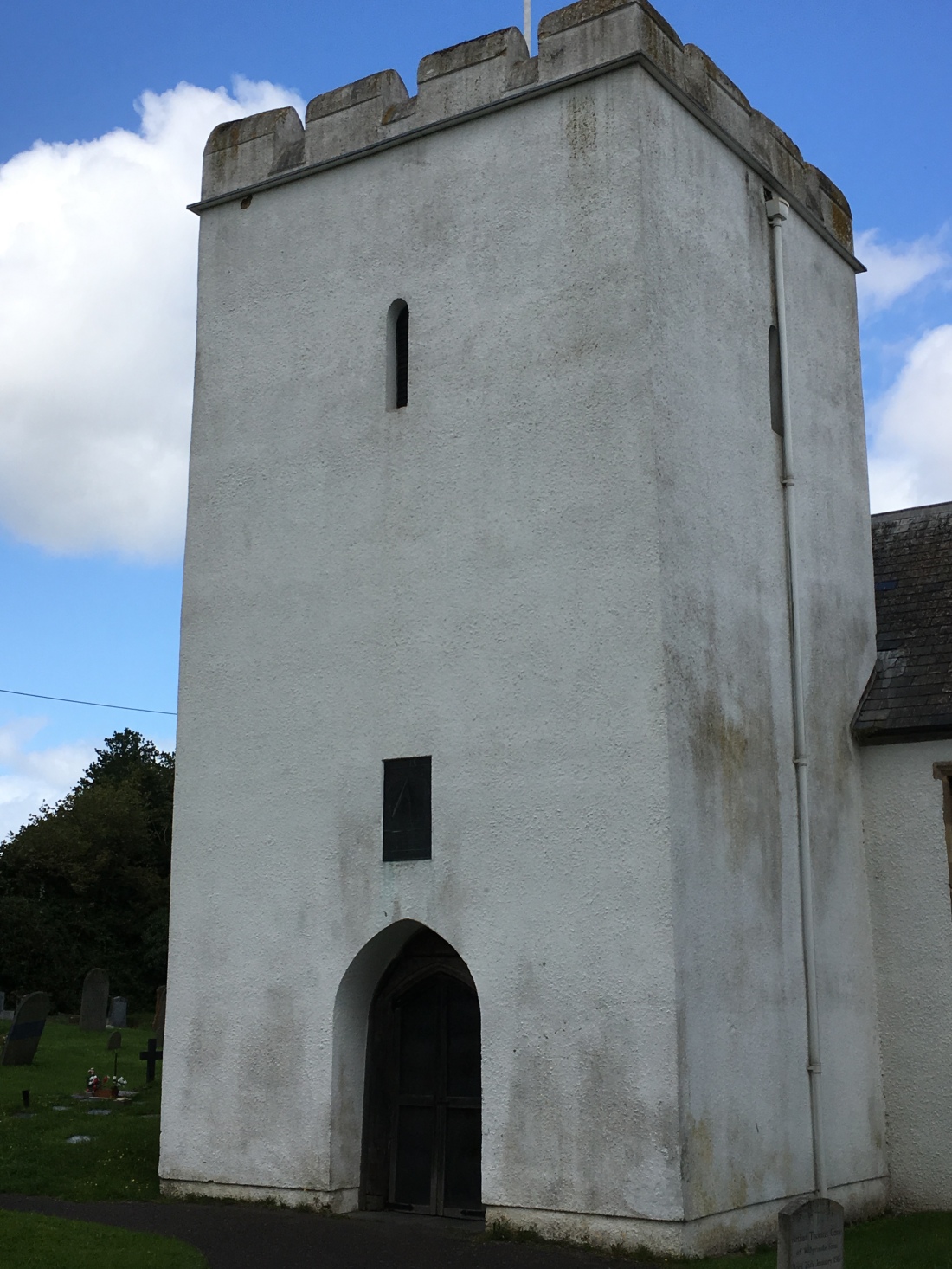 I took another detour to visit the Cistercian Cleeve Abbey. Although Henry VIII destroyed the Abbey Church most of the other buildings were used as farm buildings and so are relatively unchanged. There are unusually well preserved wall paintings and floor tiles 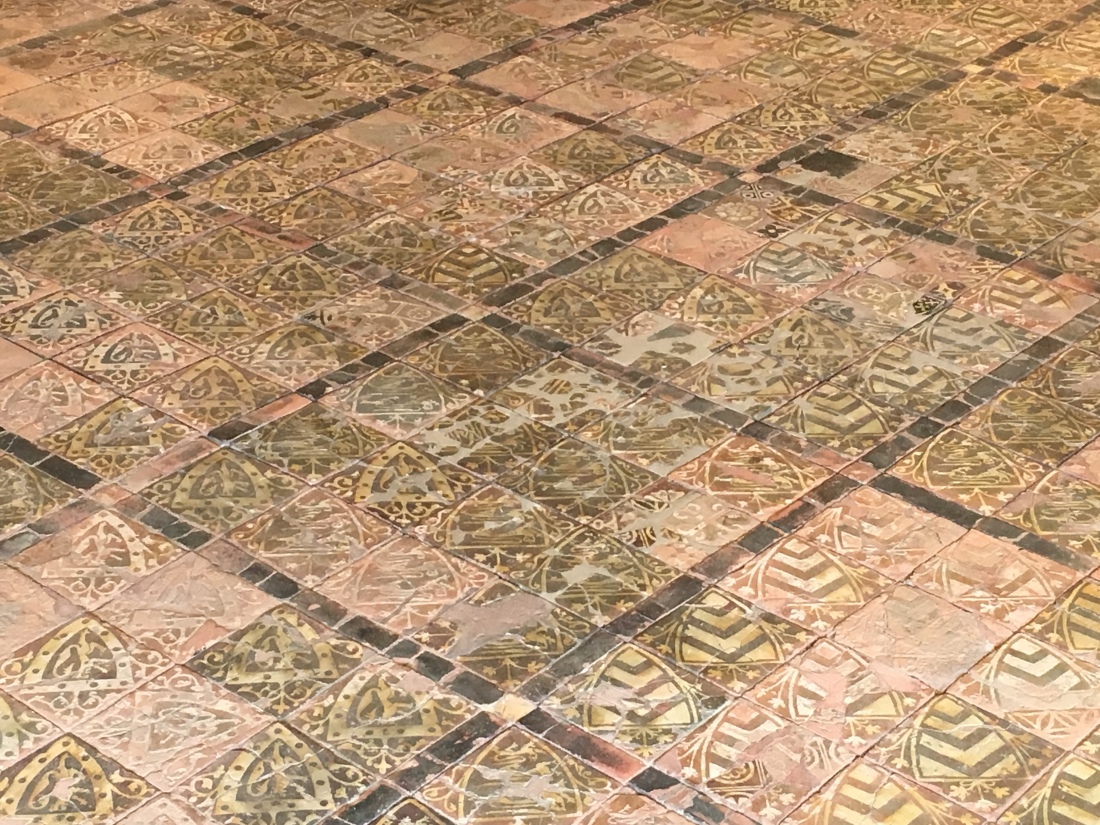 The final place which I intended to visit was the Bakelite museum. No, not the Wallace and Grommit character, but the original plastic casing. This was in use when I was a child. I remember it being a yellowish colour and very brittle, breaking if dropped. The museum was shut and the contents are being relocated.

It was then a short walk into Williton and the White House, which used to be owned by the bassist from the Chris Barber jazz band.