I had a quick look round Castle Cary before I left. There was a Norman castle here but it fell into disrepair after the civil war during the reign of King Stephen. There are no visible remains now. The buildings I liked were the Market Hall: 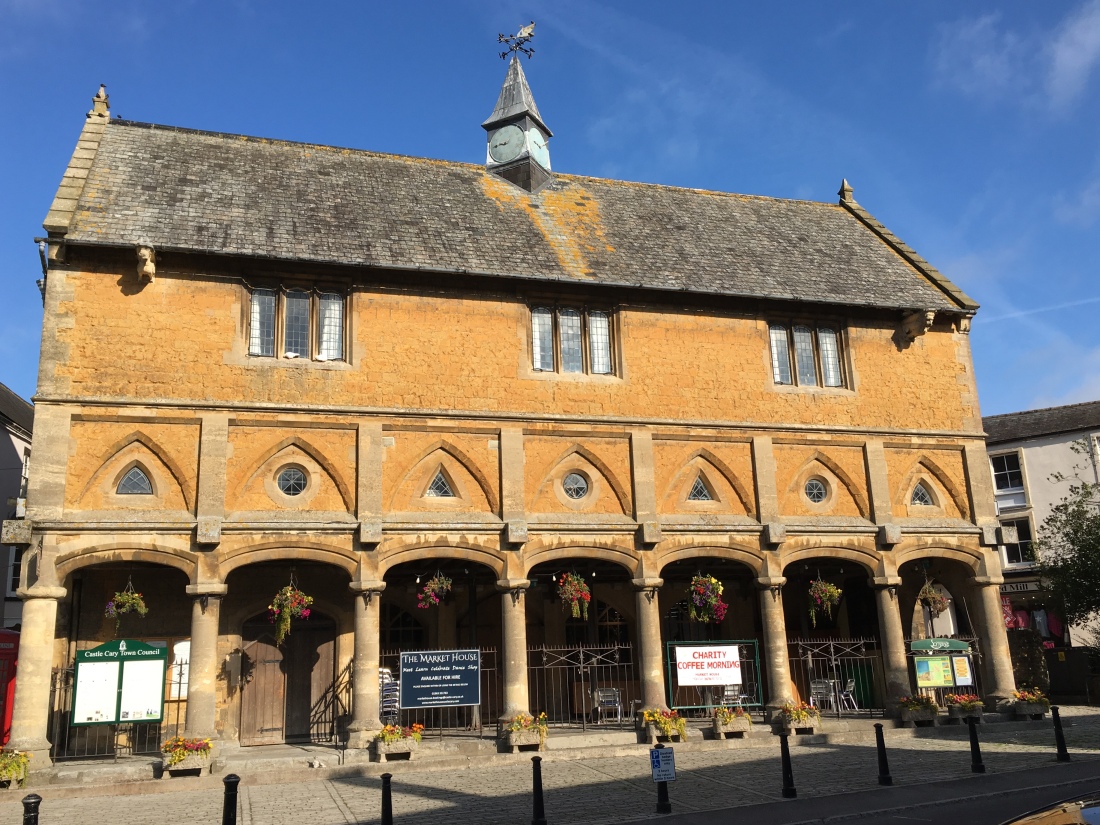 Although it looks older, it dates from 1855. The pepperpot is 100 years older and was used as a temporary lock up. Not a place I would have liked to spend a night in.

It reminded me of the lookout post in Portreach,Cornwall where they used to store dead bodies. I also liked the George hotel, where I stayed, which is the oldest building in Castle Cary

I had not slept well. I kept waking up with cramp in my left thigh and calf and my back ached. I then started to worry that I would not be able to complete the challenge. I was not in a good mood. Most lejoggers say they have days like this but I thought I would avoid this as I was doing a staged walk.

For the next day and a half I followed the Monarch’s Way. This long distance path follows approximately the route taken by CharlesII after he fled from the Roundheads. It it over 600 miles long and is very circuitous. I will walk other sections of the path later this summer. True to form, I was walking north, Charles travelled south.

I set off across the fields. I gradually felt more enthusiastic. I crossed the medieval packhorse Bolter’s Bridge.

Through more farmland, I arrived at the hamlet of Hornblotton. The church is remarkable. It is fairly new, dating from the late 18th century, although there has been a church on the site since medieval times, the ruins of a tower are next to the existing church

Inside, the decorations are unusual. The walls have been plastered in the sgraffito technique where different layers of plaster of different colours are applied. The outer layer of plaster is cut away to produce a drawing. I took photographs with my other camera, which I will upload when I get home.

I continued past orchards and through farmland. I was tired and not concentrating so I missed the turn to East Pennard vineyard. I thought it would be cool to walk through an English. Vineyard and to do a tasting in the shop.i was cross with myself. I trudged uphill on lanes with high hedges and few views.

I had now left the Somerset Levels and was crossing the Eastern extent of the Mendips. Lovely rolling hills. I could see Worthy farm, which looked just like a farm with no evidence of the recent festival 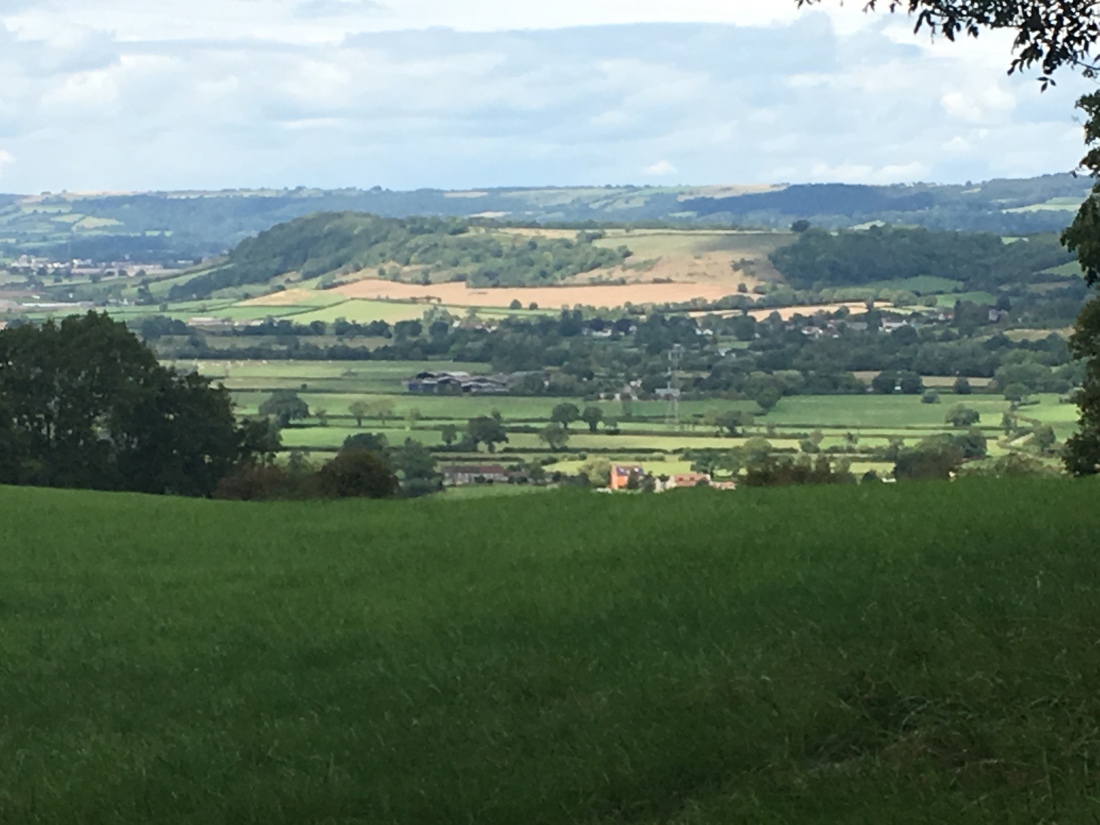 The Monarch way continued until I emerged in a field of maize about 6 feet high. According to the map and compass the path lay straight ahead but there was no alternative but to edge my way around the (large) field. I was fed up. My knee was hurting and I was tired.

As I got nearer the magnificence of the cathedral became obvious

I was too tired to look round the cathedral . So it was off to the pub (next to the cathedral, a lovely old building, for a quick bite to eat and an early night